SUMMARY: This is one of those cars we knew was going to be special because we heard it well before we could see it. Three blocks away we estimated. The owner of this beautiful example of HSV’s most powerful model pulled up his monster at our studio with a grin – and we could see why. Not only did it sound like an angry lion but the factory green colour aptly named “Spitfire Green” loudly declared it’s the king of the road with its aggressive looks to match its roar.

This car though unfortunately had a bad cosmetic experience. Due to no fault of the owner a previous car detailer had given the car a ceramic coating service. However, the results were not as what the owners had expected and upon inspection of the paintwork, it was easy to understand their disappointment and I shared their pain. The paintwork appeared ever so slightly “milky” due to a ceramic coating issue and spiderwebbing swirls were evident – which were supposed to have been removed prior to the ceramic coating application.

Whitworth’s comes to the rescue! The owner had therefore brought the car to us as he had discovered we are Perth’s best at restoring and protecting paintwork, especially for speciality cars such as his. The task ahead for us was to remove the substandard ceramic coating, remove the swirls in the paintwork by performing a Two-Stage Paint Correction, enhance the gloss and colour with a high-gloss polish then sealing our results in and protecting the paintwork by applying USA’s commercial-grade and ultra-high-gloss ceramic called System-X Diamond ‘Super Slick’.

The whole process took 10 hours to complete and the results were striking without a flaw. One could no longer pronounce it as Spitfire Green, it would have to now be expressed like you are frustrated with the delicatessen giving you the wrong coloured lollies… “Spitfire GREEN!” The finish was so perfectly restored and enhanced it was almost fluro. But had not compromised the original character of the colour. The gloss finish was best described as a candy-coat glaze and so the shine was such that I felt like a deer in headlights looking at it.

After the ceramic cured and a final inspection was carried out the owner had come to pick it up. Like us, his eyes were fixed to his sparkling kryptonite on wheels and his wife tried to find any flaws through the glow. Both were ultimately so incredibly pleased with the results and appreciative of our services and they roared off into the suburbs far happier than when they had brought it in. 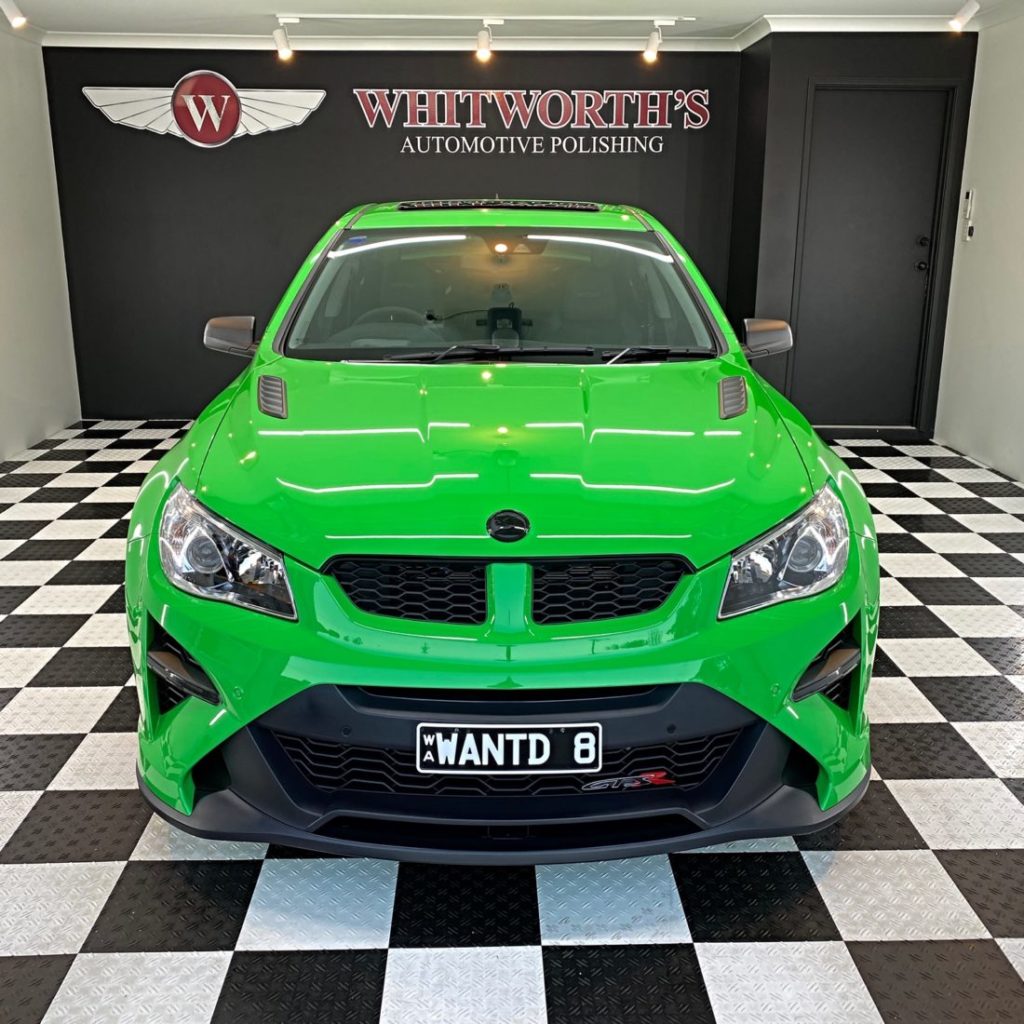 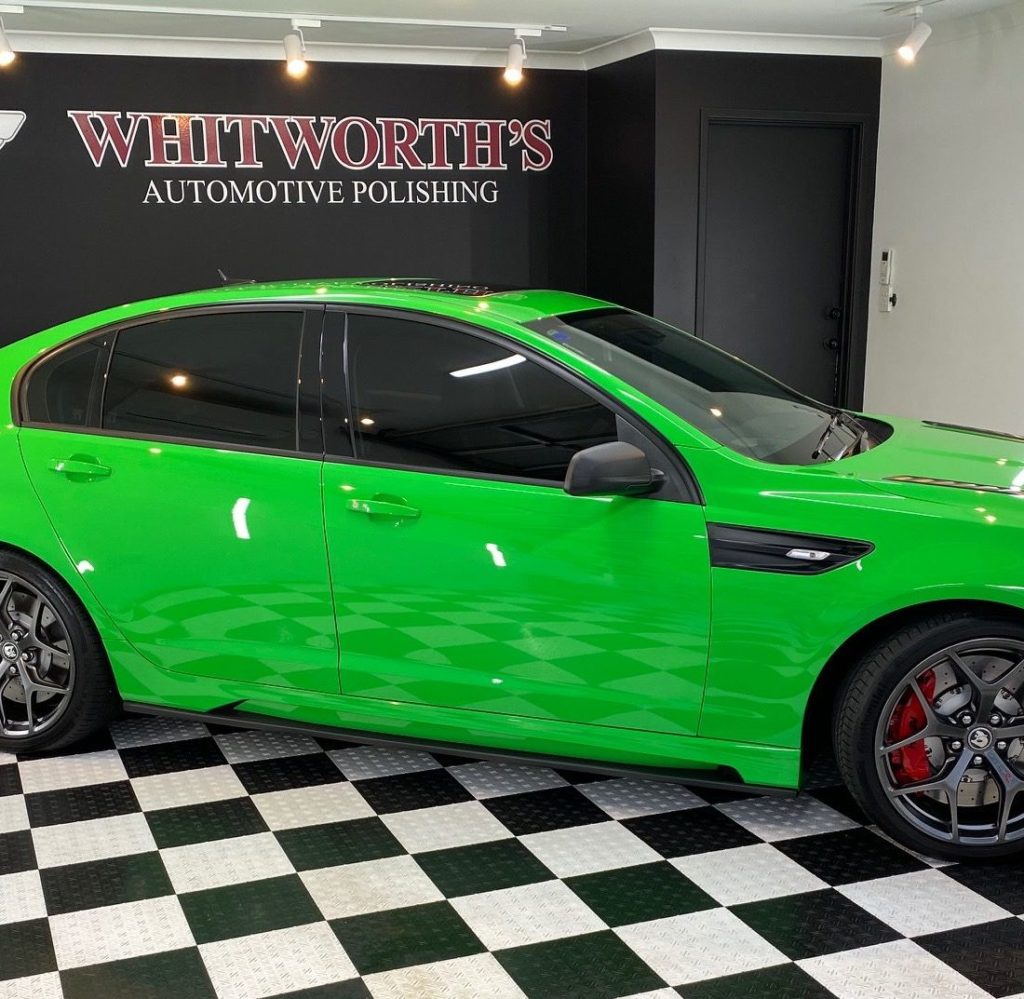 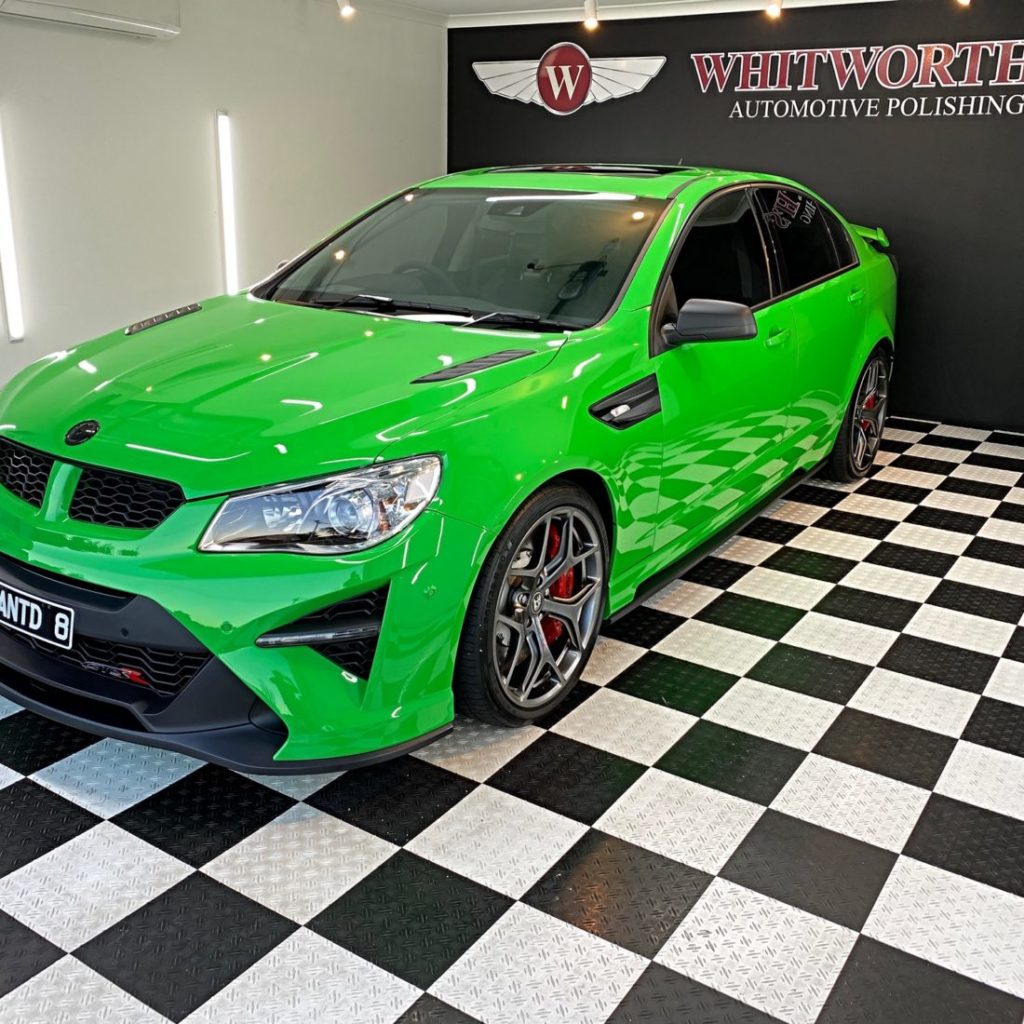 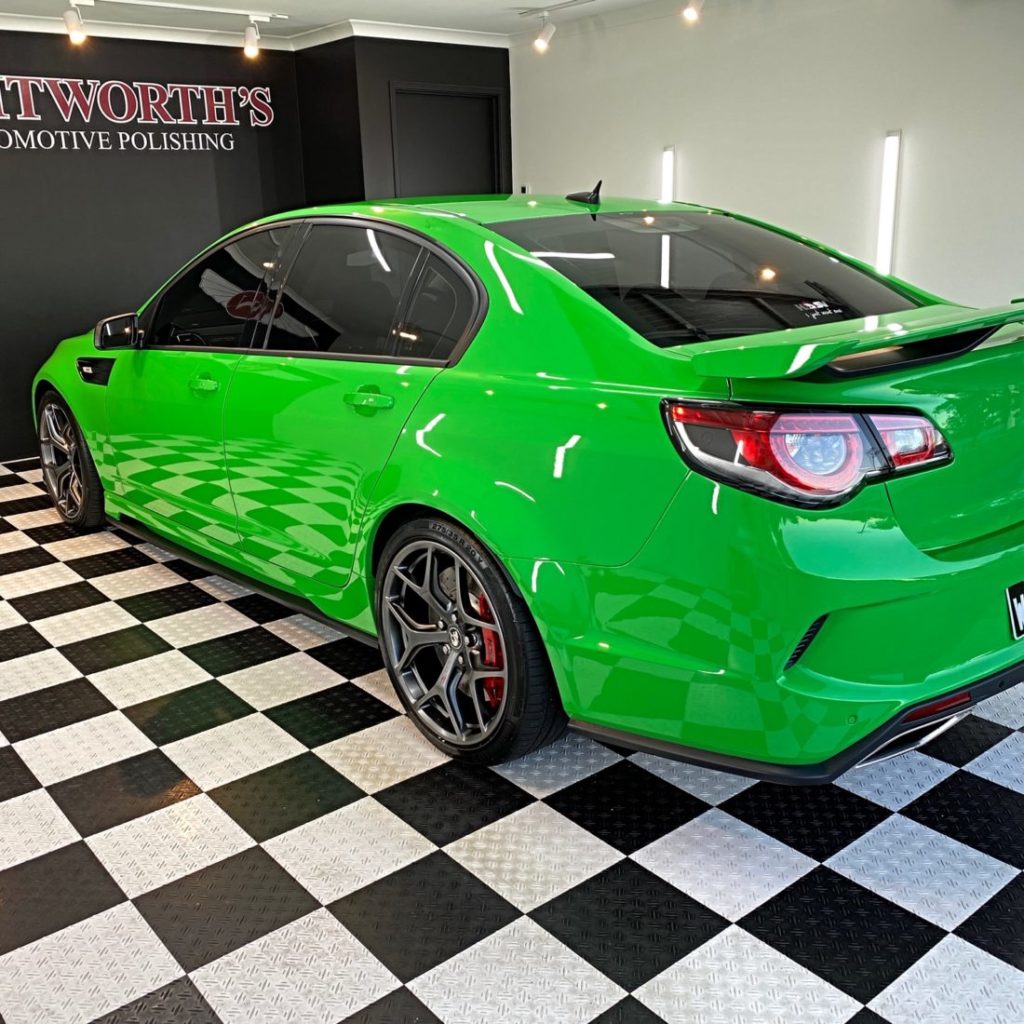